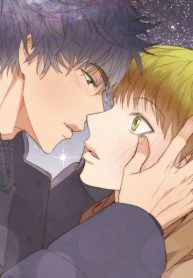 Just when Yeonduk thought he was finally going to be free of his tormentor (and family friend and crush, might we add), Seo Skyler – coolest kid in school – saunters his way into the same classroom. Skyler might look blessed (his sister’s even in a girl group), but he’s got some family issues that only Yeonduk can understand. Yeonduk is more than just star-struck, though, and when Skyler starts acting nice and walking to school with him, he can’t help but hope there might finally be more between them…Has Skyler had a change in heart …? will they able to go back how they were when they were kids…..? Or it’s the premonition before the STORM …???